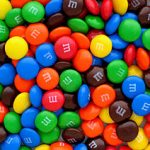 It is not uncommon for day cares to have a rule that to enter the 3-year-old classroom the child must be potty trained. Thankfully our day care had no such rule. I’m not sure when our society decided that three was the magic age by which children should be potty trained, but Page missed that memo.

I dutifully began potty training around two-and-a-half if I recall, and Page tricked us into thinking it was going to be easy at first. For about a day she came to me to announce when she had to potty; I was thrilled! Easy-peasy as Page would say! But then…

The second night came, and even though Page had a diaper on at night, she woke up screaming and running in circles in her bedroom yelling, “Pee is coming, pee is coming!!!!” This was much like you might imagine Chicken Little yelling, “The sky is falling!” There were a couple of nights of that and then she lost all interest in the potty and in any talk of the potty, no matter how I coaxed her or how many tricks I had up my sleeve from the many parenting articles on this topic. Even the Dr. Phil method didn’t work.

Next I tried a gift from Dora when Page turned three, who Page adored at the time. We went on a week long beach vacation and one birthday gift we made a big deal of was FROM DORA THE EXPLORER! Dora sent her a Dora folding beach chair and a very cool Dora backpack filled with Dora underwear. Page spent three days peeing continuously while sitting in the Dora chair wearing her cute Dora underwear with us cleaning it up, before Peter put his foot down and said he didn’t care if Page was never potty trained, he wasn’t cleaning up any more pee and to put the damn pull ups back on her. As far as he was concerned, some day she would magically be interested in potty training and he was pretty sure he didn’t know any adults not potty trained so it wasn’t a concern. I still thought we should take a more active approach, though the pull-ups were back in play for sure.

For a brief while I resorted to my mother’s method, which she had always described as working well and being a snap. She potty trained her four children using M&Ms 3 M&Ms if you pee in the pot, 5 M&Ms if you poop. Worked like a charm she said. Using food to train children is frowned upon in this day and age, but I was desperate, so I reasoned, how much damage could it really do. (I seem to have turned out OK, though in fairness I do have a weakness for chocolate.) But Page was disinterested in the M&Ms! I had hit rock bottom and resorted to candy, and even that didn’t work! It was like the gods were torturing me!

When Page was three-and-a-half Peter and I attended a regularly scheduled mid-school-year parent-teacher conference at her day care. At one point potty training came up and we expressed our frustration that Page has been so disinterested. The teachers said, “Would you like us to train her for you here?” Peter and I looked at each other in shock, and clearly of one mind said in unison, “Do people say ‘no’ to that?!” “Oh yes,” the teachers explained, “Some parents say no even if we offer to do it here because they want to do it themselves.”

We graciously (greedily, excitedly…) accepted their generous offer. Any time a teacher wants to help Page learn a developmentally appropriate skill, that’s fine by us! And in no time Page was potty trained. Apparently focusing on it at school where the other kids were using the potty daily was very helpful to her learning and motivation, since she had examples to watch and subtle peer pressure to do what the other kids were doing.

I love teachers, from day care to now, for a million reasons. Teachers are priceless. I only wish they had offered to train her earlier, so I wouldn’t have to live with the shame of having resorted to the candy approach in my dark days of utter desperation…

Originally published at chapelboro.com on August 16, 2013