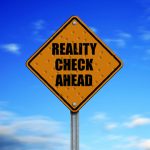 Before a child is even born, the impact of parenting on the mother begins since we are the vessel for life. The physical and hormonal impact is obvious, but mothers also begin parenting the child before the child is even born. I was parenting Page as soon as I found out I was pregnant, from changing my eating habits for her health to thinking about her child care, i.e., would I work or stay at home. (Side note: I just shorthanded that major decision in a way our society does, and it makes no sense, such a massive decision alluded to as if it were anywhere near simple.)

I had always imagined I would stay out of the work force and work within the home once I had a child, until the child started school. But as life would unfold, it took me a very long time to conceive, and was looking like it might never happen, at which point I began my own private practice, signed a five-year lease, and promptly got pregnant. This was a great reminder that a big part of life is about rolling with what unfolds regardless of whether it fits the well-laid plans you set in your own imagination.

Even though I planned for Page to be cared for in the home by myself and a nanny for the first two years, I toured the day care center at my husband’s workplace while pregnant since it was known to have a long wait list. As we pulled into the parking lot, I began crying. I explained to my husband that there was no reason to go in because I was never going to leave my baby. My husband was perplexed because we had a scheduled personal tour supposed to begin in five minutes and he had a distraught wife, and truth be told I am sure he was thinking, a hormone-laden nonsensical wife. Because had I had my wits about me, even if I’d changed my mind about child care, I wouldn’t be sobbing and repeating the mantra of how I will never leave my child, but would simply explain to my husband I had changed my mind. But here I was, parenting Page before she was born, trying to make good parenting decisions before I even really knew what I was doing in many ways. (Yes, I am a child psychologist, but text book knowledge and even experience with other people’s children isn’t the same as trying to make your own emotionally-influenced decisions, as I was immediately learning.)

Peter calmed me down and cajoled me into keeping the tour since (he said) it would be rude to cancel last minute; at the time I thought it would be rude to waste their time taking me on a tour since I would never in my life leave my child’s side, but nonetheless he persuaded me to go in. It was a lovely day care and preschool facility, and at some point later I decided I would probably send Page there when she was two or three-years-old and developmentally engaging in reciprocal play. However, the universe had different plans, with a spot opening up for Page when she was 15 months old, and us uneasy to let it go lest we not get another spot when we needed it. We had also been learning over those first 15 months how unpredictable nanny care can be. And I had been learning that I loved being a mother but disliked child care, meaning I found it often times mind-numbingly boring. I was a better mom when I could have the balance of spending some time engaging my mind in adult work pursuits, and some time engaging in child care.

So much for my well-laid plans to control the timing of my pregnancy, stay at home until Page entered school, and enjoy being a stay-at-home mom. Nothing worked out the way imagined it. I certainly didn’t plan to tackle the two most important and time-consuming goals of my life at the exact same time, i.e., having a young child and starting a business. And yet it has all worked out better than I imagined, because imagination is about the details, but living it is about the deep joy I experience in loving and parenting Page.

Originally published at chapelboro.com on November 7, 2013