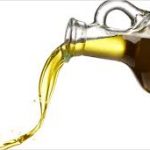 Rituals are great. They bring families and communities together… and also provide fodder for humor! Especially when marital partners come from different cultures and try to make sense of the way other culture does things.

When Page turned one-year-old we went to Greece for two weeks, to baptize Page and have her meet the extended Greek clan (my husband is Greek-American). Page was baptized in the same church that Peter and I did our Greek wedding in, a lovely little church overlooking the ocean. The same priest presided, a real character who told Peter during our Greek wedding ceremony that he could “use to lose a kilo or two,” and during Page’s baptism flirted shamelessly with the Nona (i.e., godmother, who is, in his defense, gorgeous). After beginning with an exorcism (in case Satan was hanging around, he needed to be cast out) and stripping Page down, they poured a ton of olive oil all over her body… yes, you read correctly. In Greece apparently olive oil is part of every occasion. I didn’t know this was going to happen, and I didn’t like that Page was not only now naked and screaming, but also slippery. The priest dunked her three times in a cauldron of water, I cried, and Peter laughed. This is all on video, which Peter says he will explain away as nervous laughter, but I think it’s obvious he found it slightly amusing. However, watching emotional behavior can result in misinterpretation. Anyone who thought I was crying for sentimental reasons would be incorrect, as the Greek baptism was for Peter’s family and not for me, so I wasn’t feeling sentimental about her being baptized. I was crying because Page was crying and reaching for me and I had to wait before I could take her back… (Hey mom, big stranger with robe and massive beard dunking me naked over and over while olive oil drips into my eyes, could I get some help here?!!)

When the dunking concluded Page was dressed in her baptism outfit, then there was anointing (more oil), ceremonial snipping of the hair (who the hell knows why, no one there had a good answer for this), circling of the alter three times, and me bowing to and kissing the hand of the Nona. Anyway, Page survived what I refer to as the ‘baptism trauma,’ and soon enough was at the taverna with all of her Greek relatives, enjoying what was essentially her coming out party there, complete with her being allowed to taste cake for the first time. I had to give in to sweets for her after a day like that! Not that Greece was in any way a bad trip for Page. Quite the contrary, we spent several days vacationing on Crete, where Page shared a room with her Greek grandmother and great Aunt, and Page was of course incessantly smothered with lots of love and attention from all of her Greek relatives the entire two weeks we were there.

The Greek’s excessive use of olive oil is only surpassed by the amount of love they shower on their families.

Originally published at chapelboro.com on March 4, 2013