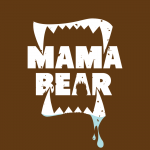 I don’t consider myself tough. Most people could take me in a fight with one hand tied behind their back. Somehow my brief stint in adolescence as a juvenile delinquent did not toughen me up. Though apparently nothing turns you into a ferocious bear like motherhood. As it turns out I am far tougher as a middle aged mom than I was as a teenage delinquent.

When Page was an infant some stories had been on the news about mothers with infant carriers being targeted for theft. Some were minor thefts such as grabbing a purse while the mom is preoccupied with the baby. Some were horror stories where the car is stolen and the baby thus snatched along for the ride. It was noted women may be used as decoys to make a mom feel safe while a man then swoops in and robs you or steals your baby. Scary stuff!

One afternoon when Page was about six months old I was at the Southpoint Mall packing up the car to leave. I had placed my shopping bags and purse on the trunk and was strapping Page into her car seat when a woman approached me and asked for a dollar for the bus. It’s hard to describe how my body reacted to that. It felt instantly like I was devoid of emotion and hyper-focused; an eerie calm. My brain was immediately assessing the situation – we were far away from the bus stop way out in the parking lot where almost no one was; it made more sense to ask for money for the bus at the bus stop where many people were passing by, and no sense to be asking for money where we were. It was as if I had many thoughts at the same time, though not jumbled and quite clear. While thinking about our positioning I was noticing where my car keys were and taking those, placing my body close to Page, and scanning for a man or van or anything looking scary and suspicious. That all took place in the few seconds it took her to say she needed a dollar for the bus. Then I started talking like a crazy-lady tough-chick. Here’s how it went down.

Woman: I’m sorry to bother you but I lost my purse and I need a dollar for the bus. (She’s walking toward me.)

Me: Stop. You should not approach a woman with her child. You need to step back.

Me: Why are you still talking? I told you to step back. You need to walk away.

Which she did, walk away, and once she was far enough away I could turn my back to her for a moment I jumped into the car and locked the doors and we left immediately.

When I reflect on this I think how funny it was to be possessed by mama-bear hormones and talk in a way that is far more forceful than I ever feel otherwise. Really, I said with force and conviction, “You need to step back” and “Why are you still talking?” Poor woman probably just needed a dollar for the bus and thought a mom would be just the understanding and kind type of person to give it to her. Instead she gets a crazy lady who watches too much scary TV.

Originally published at chapelboro.com on May 2, 2013